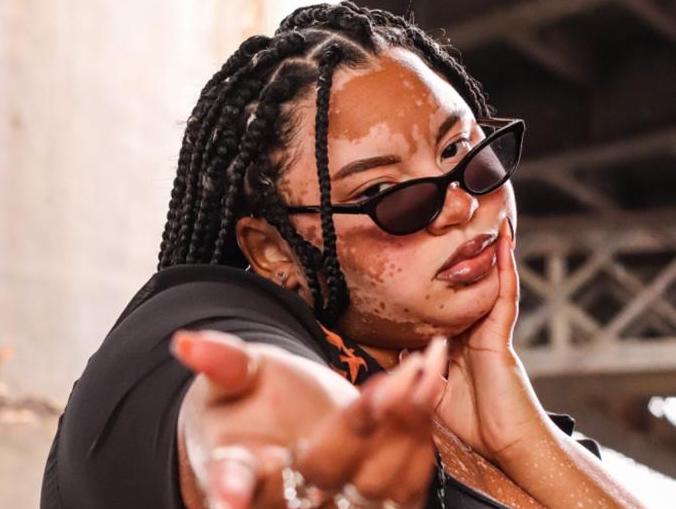 Just a short year ago, Kyra-Jaye Harvey was a typical teenager—enjoying fashion, spending time with her friends, and of course posting to her favourite social media channels. Little did she know that 2020 would bring her experiences beyond her wildest dreams.

The 18-year-old Bermudian, who has resided in Manchester for the last seven years has had a year that some can only imagine—she’s signed with modelling agency, Nemesis; she is the voice of a campaign launched by one of the UK’s biggest brands for young people, Pretty Little Thing, and since this summer, has had the cameras follow her as one of the stars of BBC Three’s factual series, Models: Street to Catwalk. Filming continues until next March. The date for season two of the popular show is yet to be released but will be sometime in 2021. Recently, SheHub spent time with Kyra in her home as the show’s cameras captured their conversation.

Kyra is confident and loves the skin that she is in. While she recovered from a bout of vitiligo when she was a small child—a condition which causes skin to lose its pigmentation—it returned three years ago, and instead of seeing it as something negative happening to her, Krya embraced her appearance and the rest is history.

Here is her story….

Daughter of Covid-19 nursing home resident: ‘The lack of communication is appalling’

SexEd: It’s okay for your precious flower to have a scent!