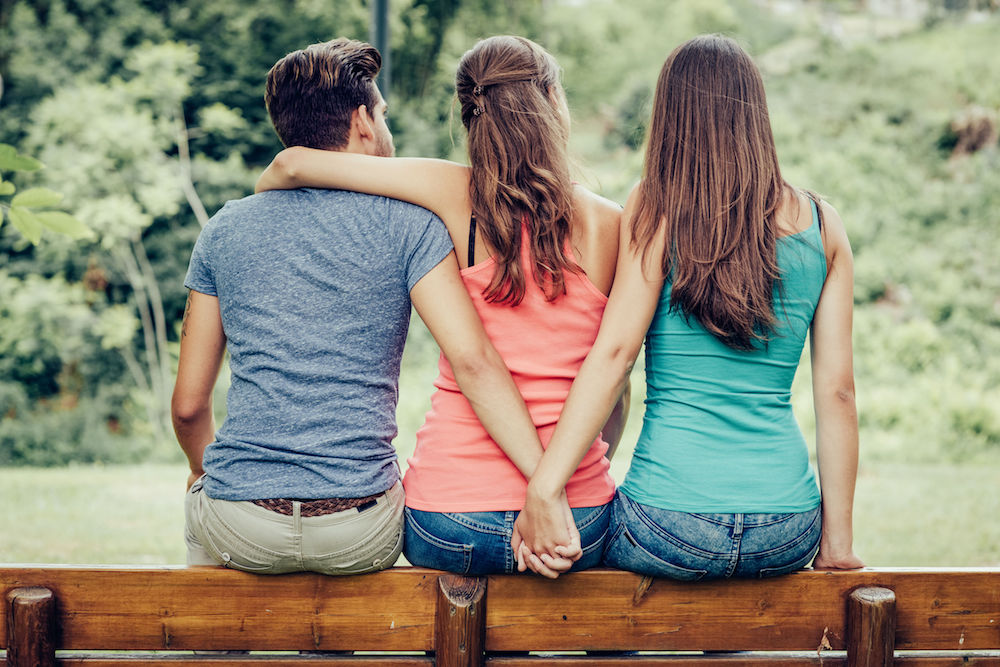 When I think about cheating in relationships, a wide range of scenarios ranging from the woman who confides her deepest desires and fears to her coworker instead of her husband, to the highly sexed “player” who will bed any woman who spreads her legs for him, come to mind.

“Ethical non-monogamy” is the term used to describe any number of relationship configurations that allow one or more of the relationship partners to fulfill their needs for companionship, intimacy, love and sex with multiple people, with consent and agreement from all parties involved.

Swinging – Partners in monogamous relationships engaging in recreational sexual activities that do not involve romantic or non-platonic components.

Polysexual – This term also employs the Greek word ‘Poly’ and sexual, to form a word meaning many sexual partners. These relationships are sexually non-monogamous, but not emotionally intimate.

Polyfidelity (polyexclusive or polyfaithful) – Group marriage. This word, invented by the Kerista Commune sometime between the 1960’s and 1970’s, combines ‘Poly’ meaning many, and ‘Fidelity’ meaning faithfulness. Polyfidelitous groups have three or more participants, most often involving more than one man and more than one woman, who consider themselves married to one another. They may live together, share finances, raise children together and share other responsibilities normally associated with traditional marriage. Participants in these marriage groups engage in sex exclusively with other members of the group.

Primary, Secondary and Tertiary relationships – This is a polyamorous relationship structure in which a person has multiple partners who are not equal to one another in terms of interconnection, emotional intensity, or power within the relationship. The primary partner is the lover one spends the most time with, and is generally the person who is engaged in the more mundane aspects of their lover’s life. The secondary partner usually enjoys regularly scheduled meetings with their lover, and they keep in pretty constant contact. The tertiary partner connects with their lover once or twice a year, or just by happenstance.

Open marriage – A marriage in which the partners agree that each can engage in extramarital sexual relationships without it being considered infidelity.

Because ethical non-monogamy is based on the premise of honesty and open communication of one’s sexual and emotional needs with their partner or partners, it eliminates, in theory, the betrayal and incidence of lying and sneaking around which plague more traditional relationships when one or both partners become dissatisfied with their perceived level of fulfilment from the union. But emotions are not controlled by agreements entered into between consenting parties. They are instinctive and intuitive, without reasoning or knowledge.

So what happens when emotion takes over and jealousy rears its ugly head?

At a time in American culture when nearly 50% of people in relationships cheat; where women outnumber men by almost 10% and finding a partner is as easy as touching a few buttons on your smartphone; for more and more people the answer is yes. Ethical non-monogamy provides people with options. It allows the freedom to embrace and express evolving ideas and preferences about sex and love, and recognises that two people who were compatible at any one stage in their lives may not evolve in the same or compatible ways.

While ethical non-monogamy isn’t for everyone, if people can have a relationship where they honour themselves, honour their partner or partners, are committed to open communication, mutual respect, compassion, and trust; I say go for it! Better to have a partner who lets you know what they’re all about up front, than to find out after you’ve invested time and emotions into a lie.

Cheers to connecting on a deeper level!

Ketima Whitehall is a dynamic speaker, author and relationship coach. Through her writings, coaching
programs and devotional groups, she helps women find and use their voice which leads them to
achieving greater peace, harmony and fulfillment from their meaningful relationships. You can find her
on Facebook at KetimaWhitehallfans and Twitter @KetimaW.

Parenting: The hardest job which doesn’t come with an operations manual

Live as if you’ll die tomorrow