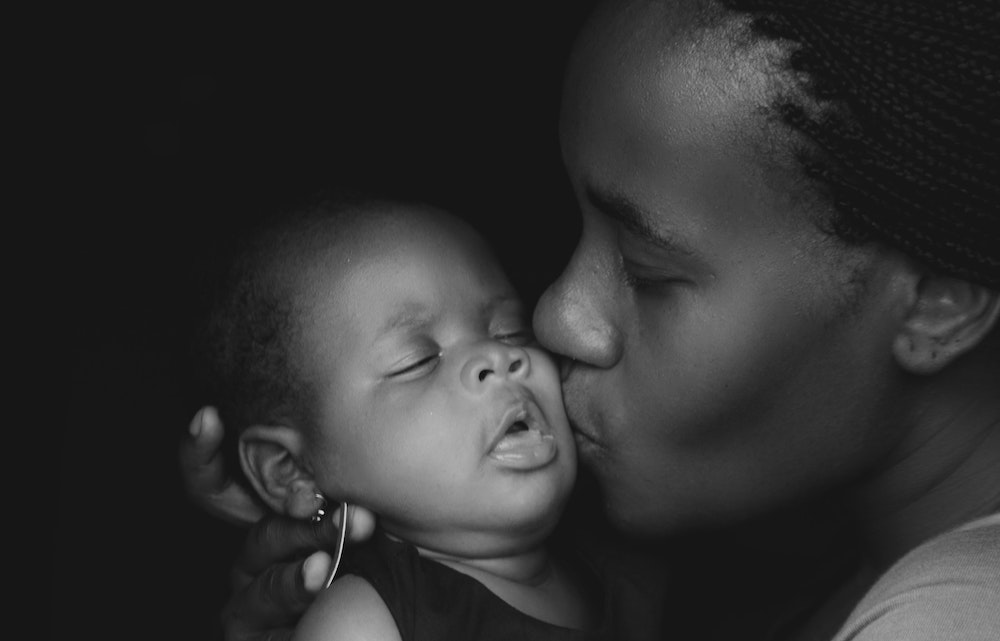 When the sun rises, the reality of harsh living dawns on Esther Ansah, 43, as she seeks at least GHS 100 ($10 USD) to fend for herself and four children for the day.For a single mother who earns an average GHS 40 ($4 USD) a day from her second-hand clothing business, making up for the expenditure deficit has been a daunting task as prices of essential commodities, including food items, keep skyrocketing.

She lost her husband four years ago and had since assumed the tough role of taking care of her four children, the last of which was born a few months after her husband’s demise.

She says barely a year after her husband’s passing, she and her children were kicked out of the apartment they had rented as she could not afford to renew the tenancy contract.

For three years now, the family has been living in an uncompleted single room at Kwabenya, a suburb of Accra.

“Times are really hard for us and business is also bad these days. I procure the clothes on a smaller scale and that means that my profit is also small. Every day is a new struggle because I spend more than I earn.
“Where we live now is a major problem. All five of us live in an uncompleted single room and the situation is unbearable when it rains,” she shares.

Esther says her desire to raise capital and procure the clothes on a larger scale in a bid to increase her daily sales and make enough profit to support her family.

Unlike Esther who has lost her husband, Adwoa Otua, 54, has seven children with two ex-husbands, both of whom have reneged on their paternal duties for many years now.

She fled the Liberia civil war in 2003 together with her first husband, a Ghanaian with whom she had three children.

“Even before the war, he raised issues with the children. He said he could not live with a woman who only gives birth to girls,” Adwoa tells SheHUB.tv. “Later I remarried and had four more children. I had some misunderstanding with the man and for more than two years now, he has abandoned the children.”

Adwoa says all efforts to get the fathers of her children to honour their paternal responsibilities had proved futile.
She is currently not working and had been relying on her eldest daughter and the benevolence of a few of her relatives and friends for survival.

“I was working as a caterer under the School Feeding Programme but in 2020 had an accident and when I returned somewhere last year, they said they could not work with me again.”

Another single mother, Diana Serwaa, 44, a petty trader, says she has been taking care of her three children solely for the past six years.
She declines to speak about the father of the children.

“We are living in difficult moments such that what we will eat is even a problem. I have twins in Class 1. I was supposed to buy new uniforms for them but they are still wearing what they wore in Kindergarten because I cannot afford new uniforms,” Diana shares.

Although there is no data to indicate the number of single mothers in Ghana today, the phenomenon appears widespread.
Whereas some mothers are conditioned by the demise of their husbands, others are also inclined to take up the responsibilities of the fathers of their children after broken marriages.

It appears that a number of single mothers whose husbands have abandoned their children are not aware of the legal remedies available and thus, continue to carry the burden of fending for the children singlehandedly.

As part of efforts to support, advocate, and promote the welfare of single mothers, Eunice Adjei, a single mother herself, has founded the Christ Impact Lives Foundation, a Non-Governmental Organisation.

Madam Adjei shares that the conditions of many single mothers had worsened after the COVID-19 pandemic, adding that the current economic situation had exacerbated their plight.

“I always encourage them (single mothers) not to give up but it is not easy for many of them and they really need our support,” she adds.

While appealing to corporate institutions and successful individuals to pay attention to the plight of single mothers, she also calls for more sensitisation on the prevailing issues of single mothers and the need to safeguard their homes.